Here is the full written transcription of the Paul Gilbert interview you can listen to on episode #87.

Thanks again to my usual transcriptor (is that a word?? Not sure... 🙂 ) who did all the hard work of putting the audio into words: Jenn (@jennfeather) at Random Chatter Music (metalichicka.wordpress.com). 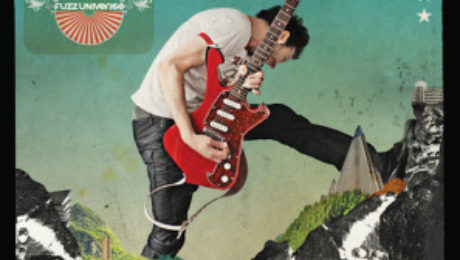 For the second time I had the great pleasure to interview the very tall Paul Gilbert while he was in Paris finishing his 40 date solo tour to promote his own album "Fuzz Universe".

Last time I met the guy was last year when he was touring with MrBig, the interview is on episode #26.

During the interview I asked questions on "Fuzz Universe" but also on "What If..." the next MrBig record which will be released in Europe early 2011.

Great shot of Paul by Nidhal Marzouk (www.yog-photography.com) during the Trabendo show in Paris on December 19th:

Extracts heard by order of appearance: